Briefing : A nice and colourful painting with the values and history of the VUB.

Here is what I did. 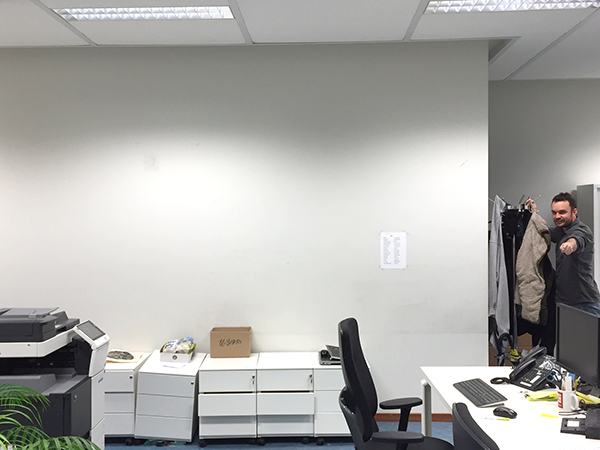 I did some research about the beginnings of the school, the founding fathers, the freemasons and their symbols.

It inspired me to add some symbolism in my painting. 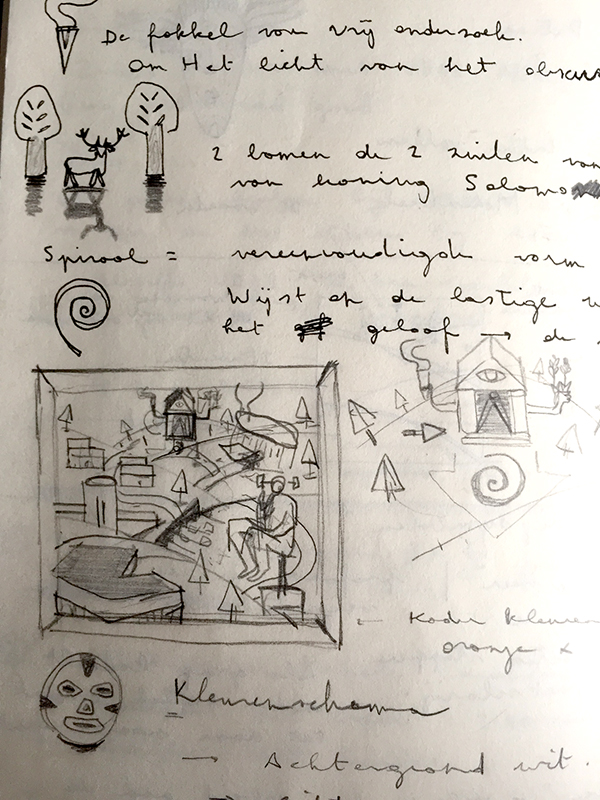 The layers of the landscape are like layers of time. The lightest hill that is also the most far away symbolises the values of the freemasons.

The building symbolises the Temple of King Salomo.

The eye on the temple (gnosis) could be understood as self-knowledge and knowledge of the Divine.

The temple has two things in his hands :

One is a torch. This can be seen as a symbol of the light that fights the obscurance and ignorance of the human mind.

The other one is a piece of ground and grain. This depicts, in my opinion, the generations that build on the previous. The everlasting generative reproduction. 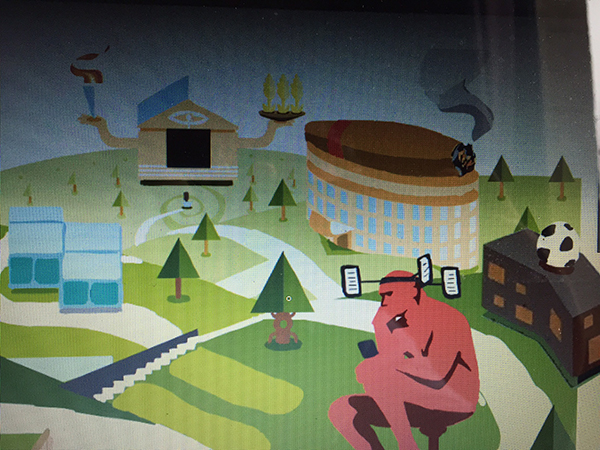 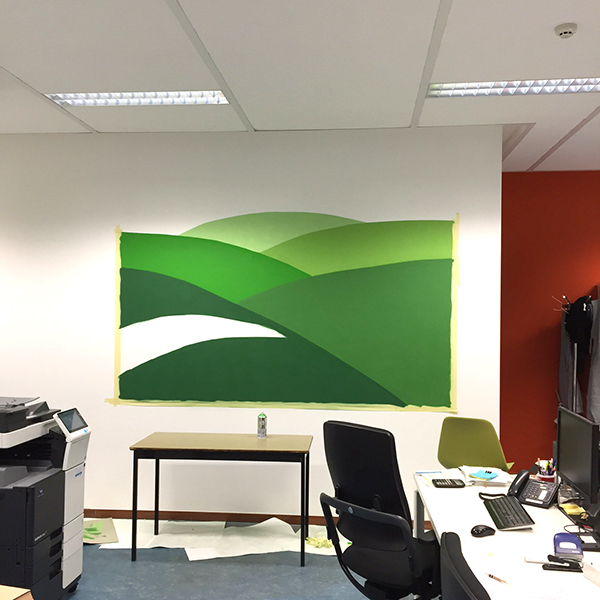 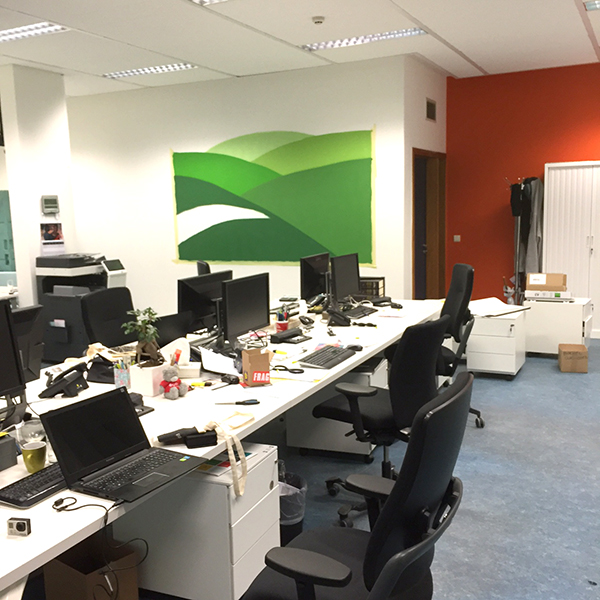 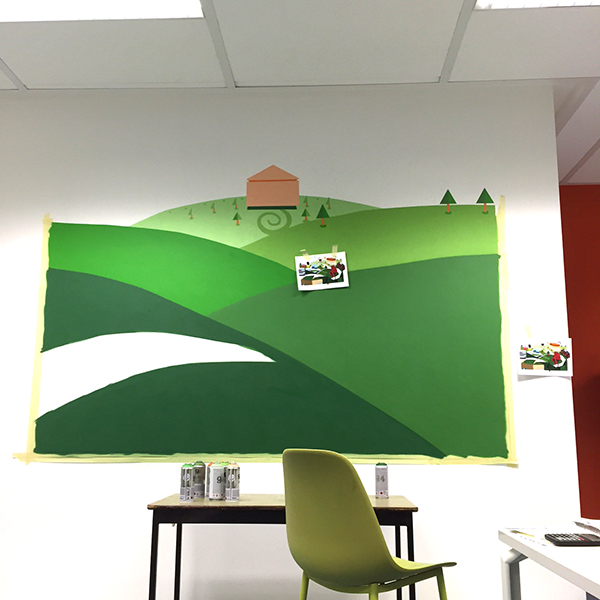 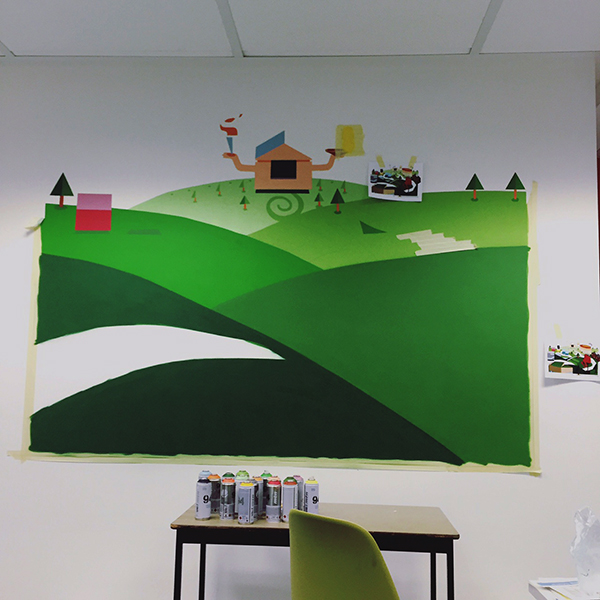 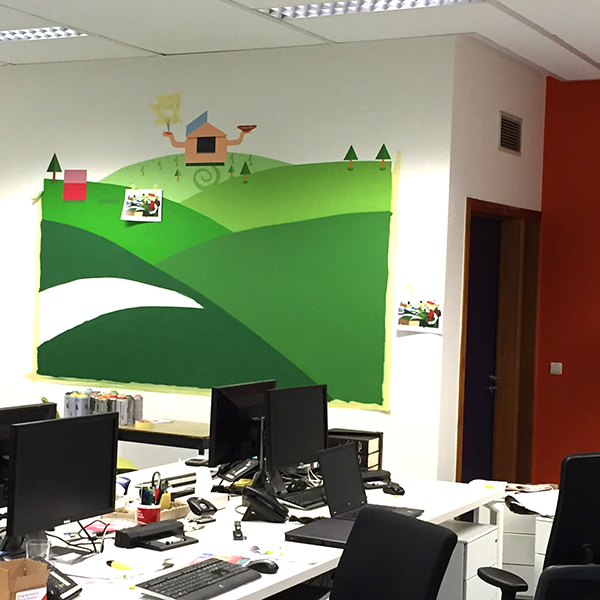 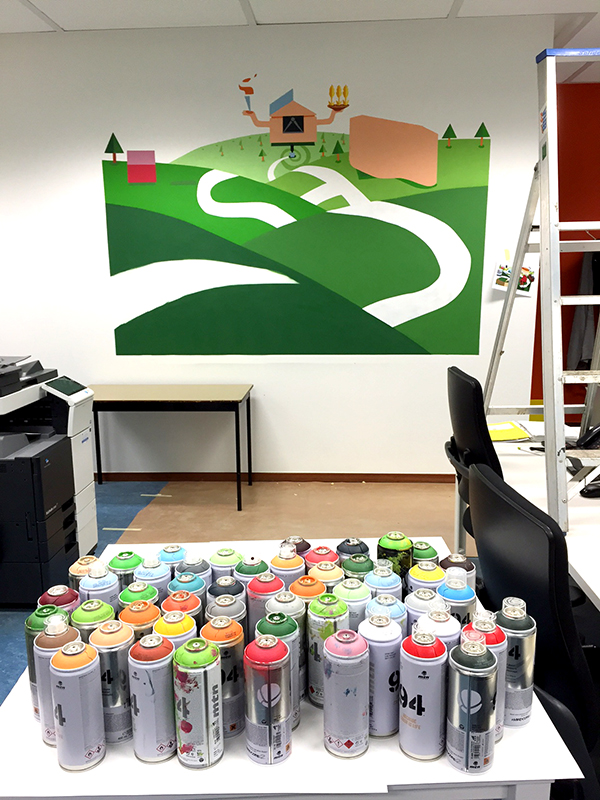 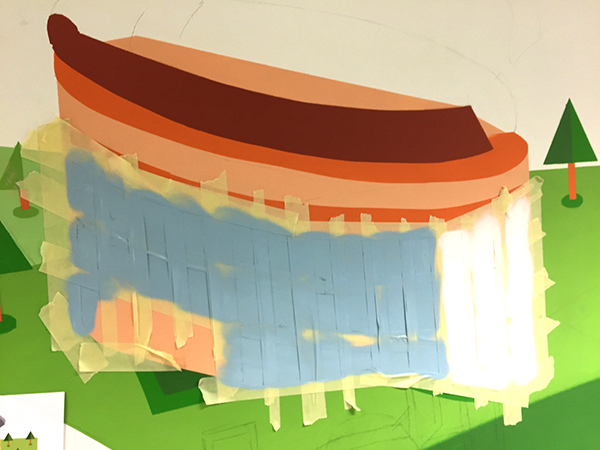 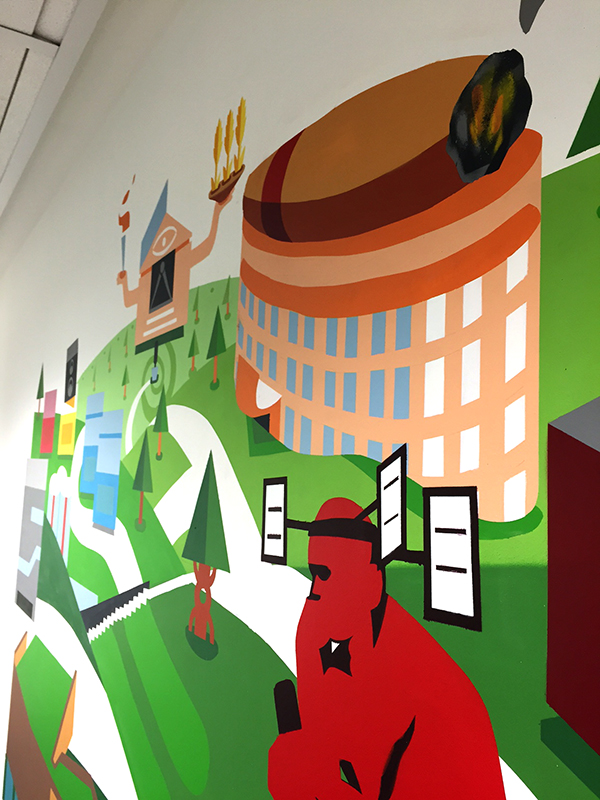 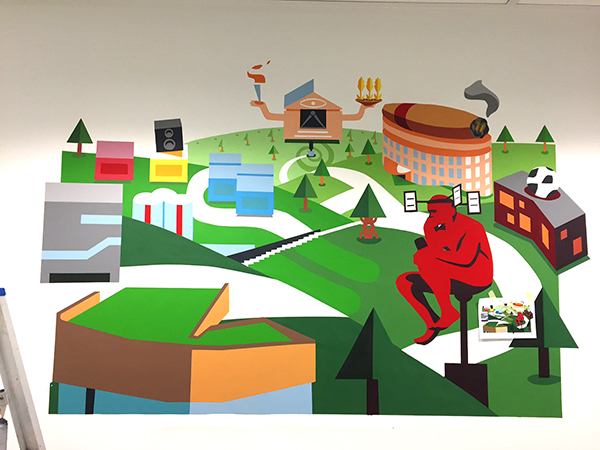 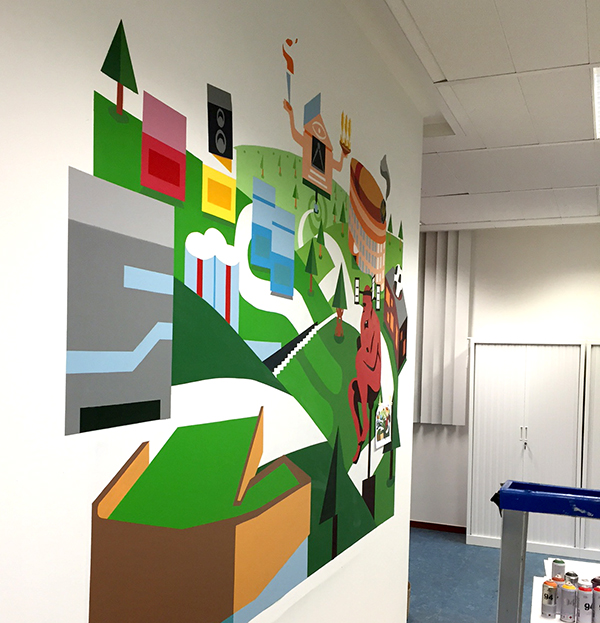 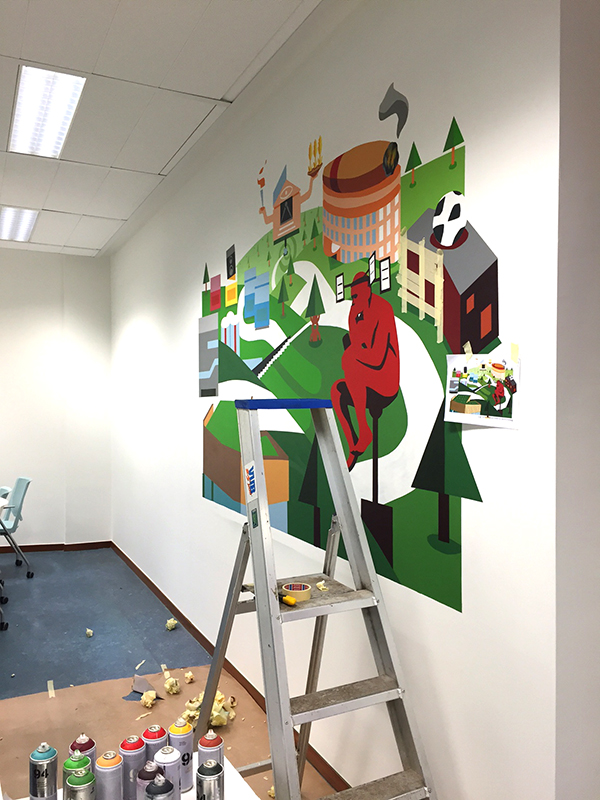 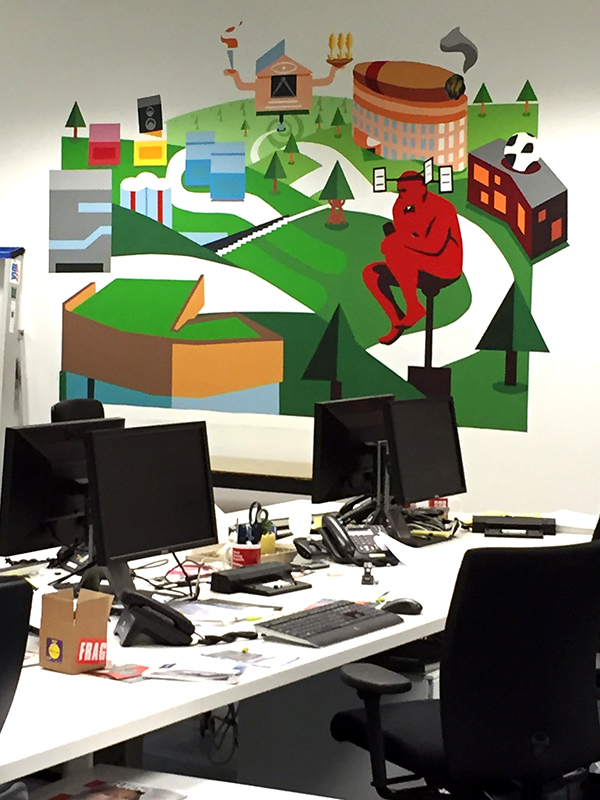 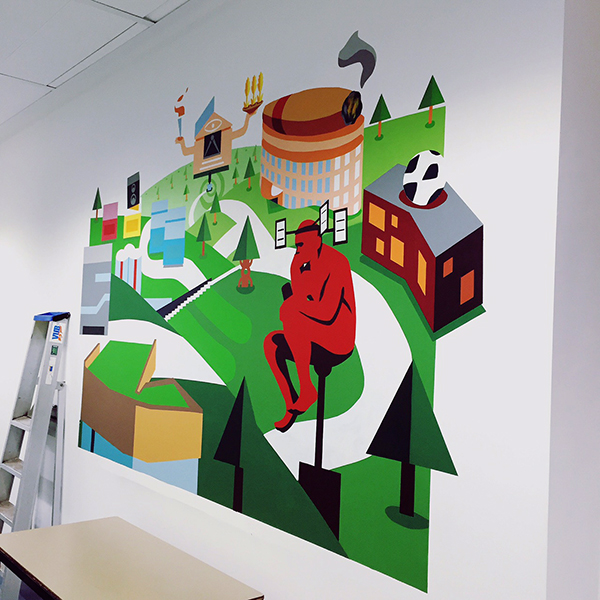 Each hill in the landscape represents a period of time during the history of the VUB.

As told before the first one shows the values of the freemasons.

The second hill depicts the first period. One of the first and most iconic buildings of the campus was Building M. This ellipse shaped building, the 'Rector building' by Renaat Braem is also called ' the cigar'.

The third hill symbolises the moment when students started living in student houses on the campus. The student houses are also called ' the tetris cubes'.

The fourth hill is a representation of the present. There is a little reference to a previous project of myself. The stairs and the black wall. This was my first big mural painting. Something I am still very proud about. Proud that I can be a dot in something big as the history of the VUB.

There is also a symbol curved in the tree. A subtle reference to 'Vrij Onderzoek'.

The building with the football above is the recently build hotel of sports.

The red man is obviously a reference to one of the most famous sculptures of all time : 'The thinker' by August Rodin. There is a remake of this sculpture on campus. The funny hat is something that is added by the artist who made this remake. I added a smartphone. An iconic object that represents our current time. Talking about remixing images.

The hill that is in front depicts the future. These are buildings that aren't build yet. Here is the meta-part: There is an opened door in the building. You can see a text on the wall. A future student coming out of this building wrote it on the wall. It says : ' ... want zich onderwerpen betekent het einde van alle denken.'

Translation : '...because to obey means the end of all thinking.'

This sentence is literally a part of the groundrules of the VUB written by Henri Poincarré.

The future students still carries out the values of the founding fathers in his own rebelious way. 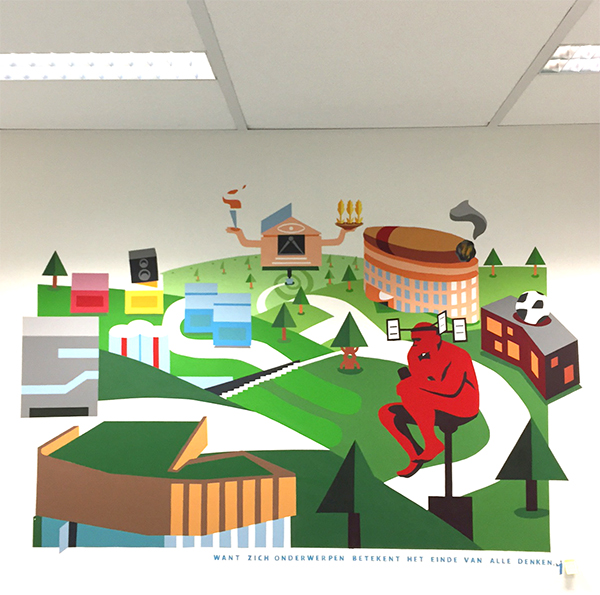 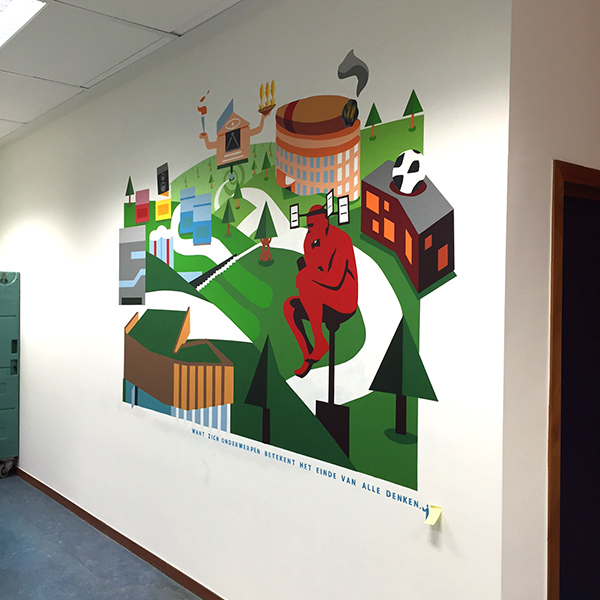